Homeopathy is a relatively modern complementary therapy founded around 200 years ago by the German physician, Dr Samuel Christian Hahnemann. Homeopathic blood pressure remedies are available, but their use is controversial. I do not recommend using them on their own to treat hypertension, but some doctors do recommend and prescribe them, which is why I am including information on homeopathic medicine as a natural remedy for high blood pressure here. Only use homeopathic medicine for high blood pressure if your doctor recommends it, and to complement your standard medical treatment, not as an alternative to medicines.

Quick links: Here are some of the supplements I recommend for blood pressure support from Healthspan, Boots, Amazon.co.uk and Amazon.com.

The way in which homeopathy works is not fully understood, and is a controversial subject. Main stream scientists like to know exactly how something works, and have compelling evidence that it does work, before they will accept it.

Homeopathic practitioners believe that when a homeopathic remedy comes into contact with water, it polarises the water molecules so they retain a unique electromagnetic signature that has a dynamic healing effect. This healing effect may relate to the way the water molecules are aligned, in a similar way that sounds are stored on the iron filings of a cassette tape, for translation into music when played through a tape recorder.

Others believe that if homeopathy works at all, it only has a placebo effect. Placebo is a powerful thing, of course, and can produce effects that are as much as 30% to 60% greater than no treatment at all.

There are studies that suggest the effects of homeopathy are greater than placebo, however, but some show no benefit from homeopathic treatment.

A German study published in 1982 compared the effects of homeopathic and pharmacological drugs in treating hypertension. Only 10 people with essential hypertension were involved, but all took both forms of treatment at different times to act as their own controls. The researchers concluded that the blood pressure lowering effect of pharmacological drugs was ‘clearly superior to that of homeotherapy’, and that the effects of homeopathic medicines were ‘negligible and statistically not significant’.

A study from 1987 compared the effects of a homeopathic remedy, Baryta carbonica (barium salt) in 32 people with hypertension who were confined to bed in an old people’s home. Overall, no statistically significant effects were seen over placebo, although four people did respond strongly.

A study published in 2003 compared the effects of a homeopathic remedy Cralonin, a combination remedy prepared from dilutions of Crataegus (hawthorn), Spigelia (wormbush) and Kalium carbonicum (potassium carbonate) against standard treatment. A total of 212 people with mild cardiac insufficiency (heart failure), some of whom had high blood pressure, took part, and had all their existing medications stopped. Treatment was then individualised based on each person’s symptoms, so that 110 people took the homeopathic therapy Cralonin (10 or 20 drops, three times daily) and 102 took standard pharmaceutical treatment (ACE inhibitor and/or a diuretic) for 8 weeks.

The results suggested that the homeopathic treatment, Cralonin, was non-inferior to the standard treatment in all measurements, except systolic blood pressure during exercise and diastolic BP at rest (for which there were no significant differences between the two). Both treatments reduced the average number of nocturnal urinations to a similar extent (from twice a night to an average of just over one per night) and both treatments reduced fatigue, listlessness and shortness of breath during exercise.

In 2010, an observational analysis assessed the use of homeopathic medicines in older people (over 70 years) who were treated by homeopathic physicians in Germany and Switzerland. Out of 83 people included in the analysis, 20.5% were treated for  hypertension. Homeopathic treatment reduced the ‘severity of complaints’ but the number of medicines needed did not significantly change and the homeopathic treatment did not lead to any improvement in their quality of life.

A 2013 study from West Bengal, India, compared the effects of homeopathic medicines against placebo in 132 people with hypertension. Remedies were individually prescribed, based on the volunteers’ symptoms and included Natrum muriaticum, Calcarea carbonica, Sulphur, Thuja occidentalis, Nitric acid and Medorrhinum. After six months’ treatment, average blood pressure reductions were -26.6/11.8 mm Hg in those taking the homoeopathic remedy, compared with an increase in blood pressure of 3.6/1.6 mmHg in the placebo group. The researchers concluded that individualized homeopathy had a significantly different hypotensive effect to placebo.

The most recent study I can find, from 2014, was a small pilot study that assessed the effects of Viscum album (mistletoe), an infrequently used homeopathic remedy for hypertension. The study, carried out at the Fr Muller Homeopathic Hospital in New Delhi, India, involved 41 patients with newly diagnosed high blood pressure who were not yet taking any medication for hypertension.

After 12 weeks’ treatment with the homeopathic remedy (Viscum album mother tincture, 10 drops 3 times a day) there was a statistically significant fall in blood pressure from an average of 155.8/84.4 mmHg to 141.5/79.5 mmHg.

So, there is some evidence that homeopathy works for some people as a natural remedy to lower a high blood pressure. In general, homeopathy appears to work best for those with early or borderline hypertension, who are not yet taking medication, or to help maintain good blood pressure control in those who are on only one antihypertensive drug.

It’s best to only use homeopathic remedies if your doctor agrees, or if you are currently being managed on diet and lifestyle measures.

Despite the many antihypertensive medicines available, only 17% to 27% of people with hypertension achieve optimal blood pressure control with medical treatment, and some doctors believe that homeopathy can play a beneficial role in supporting standard treatments.

Homeopathic medicine is based on the belief that tiny amounts of natural substances can stimulate the body’s own healing powers.

The term homeopathy literally means similar suffering, or similar disease, and natural substances are selected which, if used full-strength, would produce symptoms in a healthy person similar to those they are designed to treat. In miniscule homeopathic doses, however, practitioners believe that the opposite effect occurs and symptoms improve. This is the first principle of homeopathy, that Like cures Like.

The second major principle of homoeopathy is that Less Cures More. This describes the belief that increasing the dilution of a homeopathic solution increases its potency. By diluting noxious substances many millions of times, their healing properties are enhanced while their undesirable side effects are lost.

Other homeopathic principles, such as the three Laws of Cure, were later suggested by an American physician, Dr Constantine Hering, to describe what happens during homeopathic treatment: that symptoms tend to move from the top of the body downwards, from the inside of the body to the outside, and from the most important organs to the least important organs. Dr Hering also suggested that homeopathic treatment causes symptoms to improve in the reverse order from which they appeared.

Some clinical trials have found that homeopathic treatment was better than inactive placebo in treating chronic conditions, including high blood pressure. For example, two homeopathic remedies, Baryta carbonicum, and Crataegus, appear to lower systolic and diastolic blood pressure in some people, although results from other studies are less convincing.

How homeopathic remedies for high blood pressure are made

Homeopathic remedies are based on plant, animal or mineral extracts that are chopped or ground, then steeped and shaken in an alcohol/water solution for 2-4 weeks, while shaken occasionally. This mixture is strained into a dark glass bottle to produce the concentrated mother tincture, which contains measurable levels of active ingredients. Sometimes, mother tinctures are used, rather like herbal tinctures, and as they have not been diluted, their strength is designated as 1x. More commonly, mother tinctures are further diluted to prepare homeopathic remedies under the principle that ‘less cures more’. 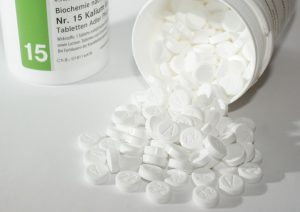 Most homeopathic remedies are so dilute they are measured on a centesimal scale in which dilutions of 100-6 (diluted by a factor of 100, six separate times) are described as a potency of 6c, and a dilution of 100-30 is written as a potency of 30c and so on.

A 1c potency (100-1) dilution is produced by adding 1 drop of the mother tincture to 99 drops of a pure water/alcohol solution which is then shaken and banged vigorously to release the energy of the substance. This process is known as succussion.

Essentially, the potency of a homeopathic remedy shows how many times the remedy is diluted like this during its preparation. To produce a 2c potency dilution (100-2), one drop of the 1c dilution is then added to 99 drops of a pure water/alcohol solution and so on. One drop of this dilution is diluted a further 100 fold by adding 99 drops of water/alcohol to produce a 3c potency dilution (100-3).

A remedy with 12c potency is therefore diluted by a factor of 100, twelve separate times, and is said to have a similar concentration to a pinch of salt dissolved in the same volume of water as the Atlantic Ocean. Solutions that are more dilute than 12c are unlikely to contain even a single molecule of the original substance.

Homeopathic tablets are made by adding a few drops of these potentised dilutions to lactose (milk sugar) pillules and swirled together. The lactose tablets are then stored in an airtight, dark glass bottle, that must be kept out of direct sunlight.

Dr Hahnemann believed that only a single homeopathic remedy should be given at a time, for the shortest possible time, to stimulate the body’s own healing powers. Some modern remedies contain a number of homeopathic substances however, and are known as combination or complex remedies.

Homeopathic treatments are prescribed according to your symptoms rather than any particular disease label, so one person with high blood pressure may receive a different homeopathic remedy than another person with hypertension. It’s therefore important to see a trained homeopath who can assess your constitutional type, personality, lifestyle, family background, likes and dislikes as well as your symptoms before deciding which treatment is right for you.

A homeopathic practitioner will spend a lot of time assessing your symptoms, and asking lots of questions to discover your food preferences, how you respond to general things such as hot or cold weather, what sort of things make you feel stressed, your sleep patterns, temperament and fears. 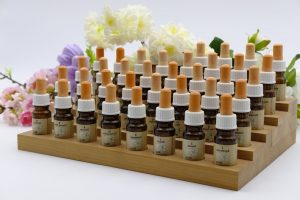 Most homeopaths will not examine you, although a homeopath who is also a trained medical doctor may carry out a physical examination and measure your blood pressure. Once the homeopath is satisfied he or she has all the information they need they will select a remedy for you.

Treatment for high blood pressure often starts with a 6c or 12c potency. The homeopathic remedy is taken two or three times a day, either in the form of a pillule, or as drops.

Sometimes, symptoms initially get worse before they get better, especially if you are using homeopathy alone. This is known as aggravation. It’s therefore important to monitor your blood pressure closely during initial hypertension treatment.

If partial improvement occurs, the homeopath may recommend a 30c potency remedy which while significantly more dilute, is believed to have a more powerful effect.

After completing a course of homoeopathy, you will usually feel better in yourself with a greatly improved sense of well-being that lets you cope with any remaining symptoms in a more positive way.

A homeopathic remedy is ideally taken on its own, without eating or drinking for at least 30 minutes before or afterwards. Tablets are taken without handling – tip them into the lid of the container, or onto a teaspoon to transfer them to your mouth. Then suck or chew – don’t swallow them whole.

When taking a homeopathic remedy:

The following homeopathic remedies are most often used for people with high blood pressure, but others that are not on this list may be recommended depending on your symptoms and constitutional type.

After prescribing a homeopathic remedy according to your individual needs, the practitioner will review you after a few weeks to assess the results of treatment. 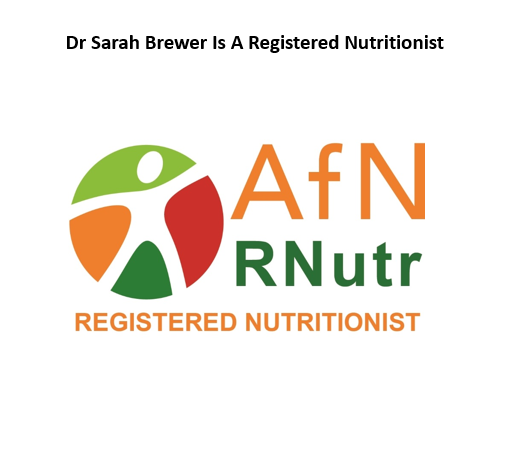 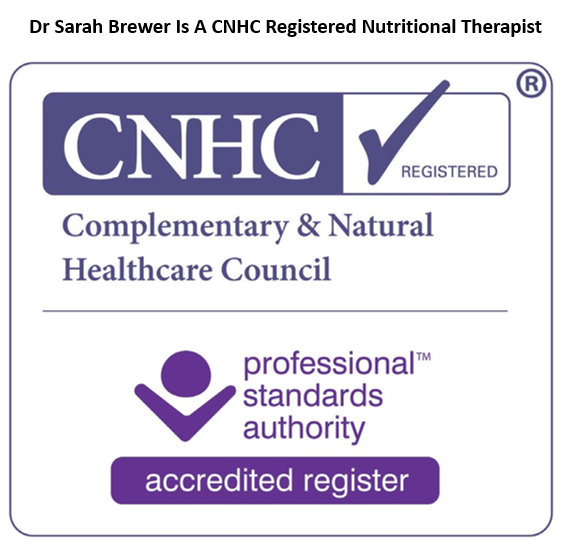